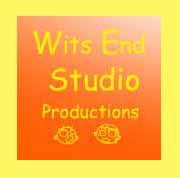 In 1994 Terri Cabral and Séan M. Poole met and began their first collaboration with The Just Desserts Fairy Tale Players present "Flipped Out Fables". They performed as a troupe for 7 years at various Renaissance Faires around the country, street festivals, The Chicago Fringe Festival and corporate events.

After ten years of research, they continued their collaboration producing and publishing their first book in 2004 titled "Gattorno - A Cuban Painter For The World” by Sean M. Poole. It won several awards. (see below)

They have continued to write and produce art and entertainment. They have three more books "The Tale Of Thisbe - An Extraordinary Cat" and “Thisbe An Extraordinary Cat – Her Adventures Continue…” Young Adult books about a house cat named Thisbe by Terri Cabral and "Words Are My Paint", an adult poetry chapbook with illustrations by Séan M. Poole.

As entertainers, Terri Cabral as Pirate Penelope and Séan Poole as Seamus Rafferty provide storytelling entertainment for all ages.

1.)  Eric Hoffer Award 2009 for Excellence in Independent Publishing for "Gattorno A Cuban Painter For The World" by Séan M. Poole. Edited and designed by Terri Cabral

2.) First Place in Fine Art Genre - 2008 - 2009 The London Book Festival and The New England Book Festival - "Gattorno A Cuban Painter For The World"